skip to main | skip to sidebar

The Canadian Olympic Team spent several weeks through July and August, 1948 at Uxbridge R.A.F. Camp which was one of three areas where the Canadian Olympians were billeted for their stay for the 1948 London Olympics.

Most of these photos today focus on the Swim Team since there is an abundance of photos of them in my Dad's personal photo collection.  Who knew that Swimmers and Boxers got along so well?!   Well, in an upcoming blog, you will see something else in common between the Swimmers and the Boxers at the 1948 London Olympics.

My Dad certainly seemed to take a shining to the swimmers    .......     as seen in the very first photo below where he is photographed with Canadian Swimmer, Joyce Court. 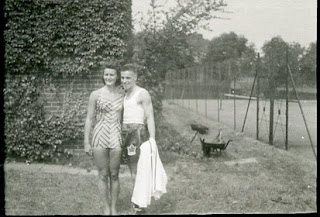 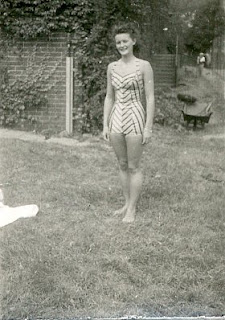 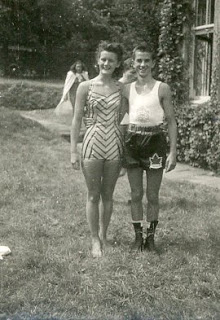 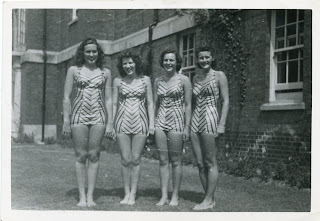 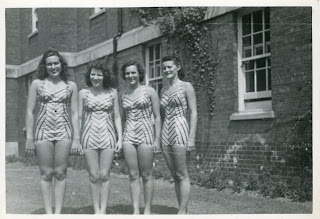 This photo apparently took Dad two tries.  He has captioned the back of each of them with the same description which is:  "Irene Strong, Vivien King, Kay McNamee, Joyce Court at Uxbridge".

Yes, there were male swimmers as well on the Canadian Olympic Team, which was hard to tell with all the previous photos taken on Dad's camera; here in Uxbridge as well as on their ship crossing over from Canada to England.  Here is the entire Canadian Olympic Swimming Team below. 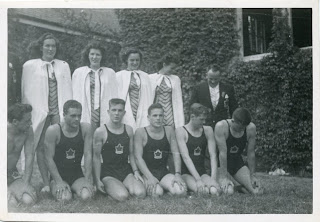 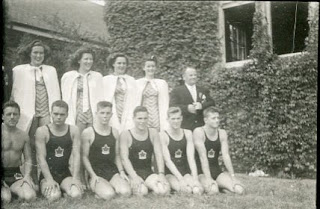 I personally prefer these more candid, relaxed poses versus the professional ones that were taken of each team. This would have been the set-up for the professional team photo.  I am a little intrigued by the cape-like wraps the female swimmers wore for their official team outfit. 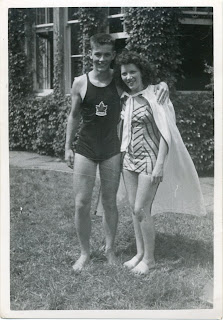 Dad has captioned the back of this photo, "Vivian King and Peter Mingie at Uxbridge".   Here you can see the cape a little better that was part of the female Olympic Swimmers' outfit.

There were other Canadian Olympic Teams staying onsite at Uxbridge in addition to the Boxing Team and the Swimming Team. 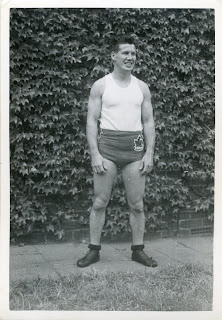 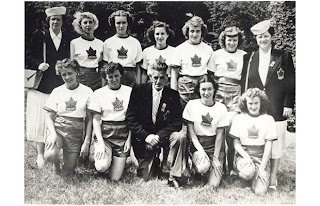 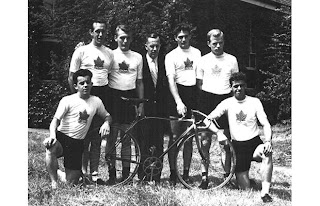 
I would like to extend congratulations to Canada's Rosie McLennan on her achievement of our 1st Gold Medal at the 2012 London Olympics yesterday for Trampouline.  How good did that sound hearing Canada's National Anthem played for the world yesterday with Rosie on the podium?!